With the advent of cubing as a sport in the early 2000’s many sub-genres were invented. One controversial event is the 3×3 with feet event. This article discusses the controversy of keeping the event part of official WCA competitions.

The top complaint is that this event is unsanitary. This has recently been addressed by the WCA – competitors may inspect the cube first with their hands before beginning the solve. Another issue that arises is the extra equipment, floor space, and organization that this event requires.

Some competitors argue that their overall rankings or “Sum of Ranks” would be more reliable without this event. Many cubers refuse to participate in this event and this lowers their rank.

There are some good reasons to include this event. For one, there are many passionate foot solvers who would be incredibly disappointed if this were to disappear. Canceling the event would render all past records unofficial while disabling future records from being held. Finally, the feet event is an impressive feat and attracts media attention for the entire sport. 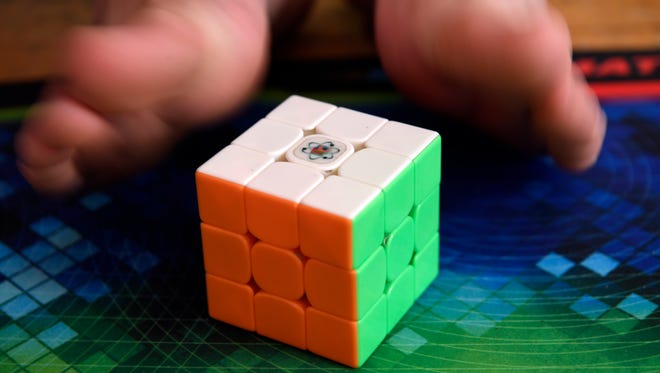 Some cubers are pushing for change regarding the current scoring format in order to allow for better average scores. Today it is based on a mean of three solves. The better option might be to score based on an average of 5, disregarding the best and worst solves and averaging the middle three. This would allow more solves which in turn may improve the average. However, if implemented this would add preparation and judging time.

In 2019 Daniel Rose-Levine broke the world record at 16.9 seconds. He first mastered the cube at age 11, but after years of competitions, the movements started taking a toll on his joints. “I started going to competitions for my hands,” Rose-Levine said. “But there are 18 different events that they have in these competitions and one of them is feet, so I decided to start practicing feet just for the competitions, and eventually I got pretty good at it.” Daniel started practicing with his feet to give his hands a rest, and now holds the Guinness World Record at 16.96 seconds! He’s set the world record on four different occasions and is sure he can beat his newest record again. Good luck Daniel! 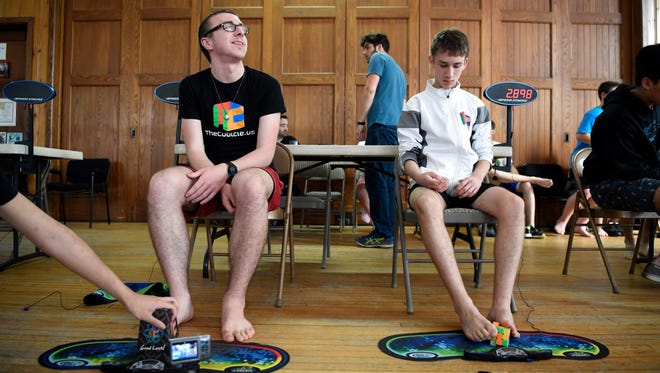 The world of cubing holds a wide variety of events. Each of these events tests a different skill.  The feet competition is certainly unusual, but there are many fans who look forward to watching it every year. It also attracts media attention for the entire sport, which is a great bonus for all cubers. After reading the pros and cons you can decide for yourself where you stand on the controversy, however, the feet event certainly holds great value to the cubing world.