What is the Most Expensive Rubik's Cube

The Rubik’s cube is one of the most popular puzzle games in the world, and naturally, there are many art pieces out there inspired by it. While many artists have focused on painting the Rubik’s cube, others have built actual models of it, using expensive materials. The purpose of building expensive cubes is sometimes due to the publicity it may generate, and at other times, to set world records. Many collectors often buy these expensive cubes for their personal collection, or as gifts for someone they love.

In this article, we take a look at some of the most expensive Rubik’s cubes that have ever been created.

The most expensive Rubik’s Cube is known as the Masterpiece Cube. It was created in 1995 by Diamond Cutters International to commemorate the 15th anniversary of the puzzle becoming popular internationally. It is estimated to be valued at a staggering $2.5 million, and is a part of the Beyond Rubik’s Cube exhibition. The cube is crafted from a combination of amethyst, emeralds, and rubies, all set in 18-karat gold. As this cube is made from jewels and precious stones, it is important to handle it with care. Though it can be solved like any other regular cube, rough handling may cause damage to this bejeweled Rubik’s cube. 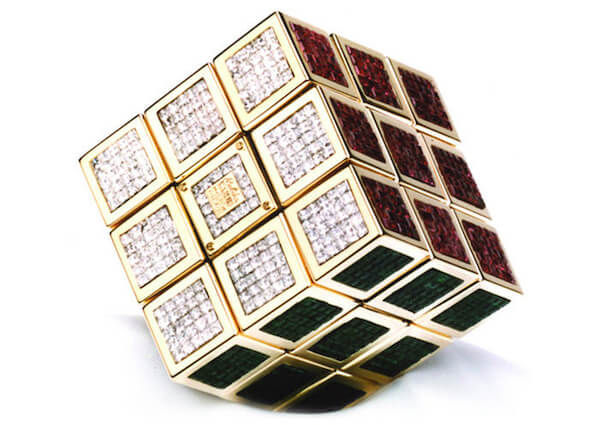 The cube designed by Greg Pfennig is known for being very complex and difficult to solve. Pfennig’s cube is a massive 33x33x33 Rubik’s cube which can be purchased from Oliver’s Stickers. At $18,000, it is one of the more expensive cubes to purchase in the market. It consists of 6,153 components, adding insurmountable complexity to the original puzzle. It might take days or even weeks to try and solve a cube-like this even for expert speedcubers. However, many take these cubes as a personal challenge and try to solve them at their own pace.

The Over the Top Cube holds third place

At just $2,645.90, the Over the Top Cube isn’t as expensive as the glittering Masterpiece Cube or the 33x33x33 cube. This 17x17x17 cube was designed by Oskar van Deventer, a popular puzzle maker. It held the record for being the most complex Rubik’s cube until the 33x33x33 cube was designed. Although not expensive as the the 33x33x33 cube or the Masterpiece Cube, it is still quite pricey. Most importantly, it still cannot be solved by most people who are unaccustomed to the tricks and strategies of solving the Rubik’s cube. It requires a great deal of finger dexterity, concentration, and patience to solve it.

Many people purchase expensive Rubik’s cubes as gifts for those who are really into the game. YJ MoYu’s 13x13x13 cube is a relatively large cube but available for an affordable $253.47. It makes for a great gift option for someone who is fond of puzzles and Rubik’s cube. However, it is important to note that the 13x13x13 cube is complex and not as innocuous as it may seem. Most world champions try and solve just the 7x7x7 cube, and find it sufficiently complex. The 13x13x13 cube is a perfect gift, but not for beginners. 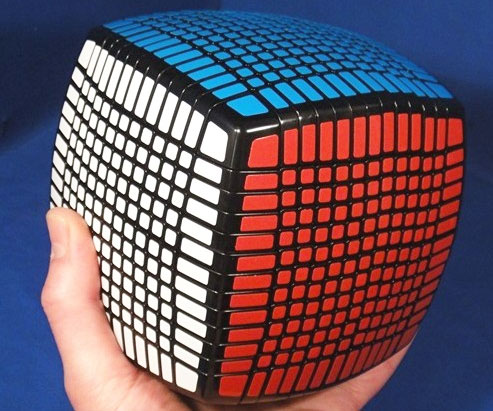 These cubes are solvable but are more collector pieces

All of these cubes are fully functional and can be solved. The Masterpiece Cube can be solved in the same way that a regular cube can be solved. However, one may want to be extra careful when handling this piece of art due to its exorbitant price tag. The other costly cubes can be solved too, but they require higher skill levels compared to a regular Rubik’s Cube. This is due to them being much larger than the traditional cube, with multiple layers and many more components to consider while solving.

While these cubes are expensive and complex, they make for great collector’s items. One can purchase them as souvenirs, to remember one’s fascination for puzzles. They also make for lasting family heirlooms and can be passed on from one generation to the next. Most importantly, they look great in the showcase.