Rubik's Cube in Advertising - What Does it Represent?

The Rubik’s Cube is an essential component of pop culture and has been sufficiently represented in the world of advertising. Ever since it started its journey as a popular puzzle game in the 1980s, the Rubiks Cube has inspired musicians, film-makers, conceptual artists, etc. As this puzzle is immensely popular at a global level, savvy ad agencies have used it as a powerful symbol to connect with diverse target audiences.

A number of brands have used the twisty puzzle in their online, print, and TV ads. In this article, we list some of the most enduring commercials that feature the much-beloved Rubik’s Cube.

One of the most popular digital ads featuring the Rubik’s Cube was unveiled by Flippa, to promote its website valuation tool. It depicts a smartly dressed man trying to solve the cube in his office. We assume Flippa’s tool solves the puzzle of putting a price on individual websites, which can be as complex as solving the Rubik’s Cube.

This almost surreal advertisement depicts a man with a head akin to a twisty puzzle. He begins to solve his own head, and midway through, takes a sip of the Drench beverage. In no time, he solves the puzzle that his head is, and appears like a near-normal human being. The underlying message of the video is, we can solve situations better when we are hydrated.

Financial problems are complex, and surface-level solutions are never enough. This campaign focuses on getting to the root of the issue and solving complex financial problems quickly and thoroughly. It communicates the idea of bringing complete solutions in an innovative and easy-to-understand format to clients. 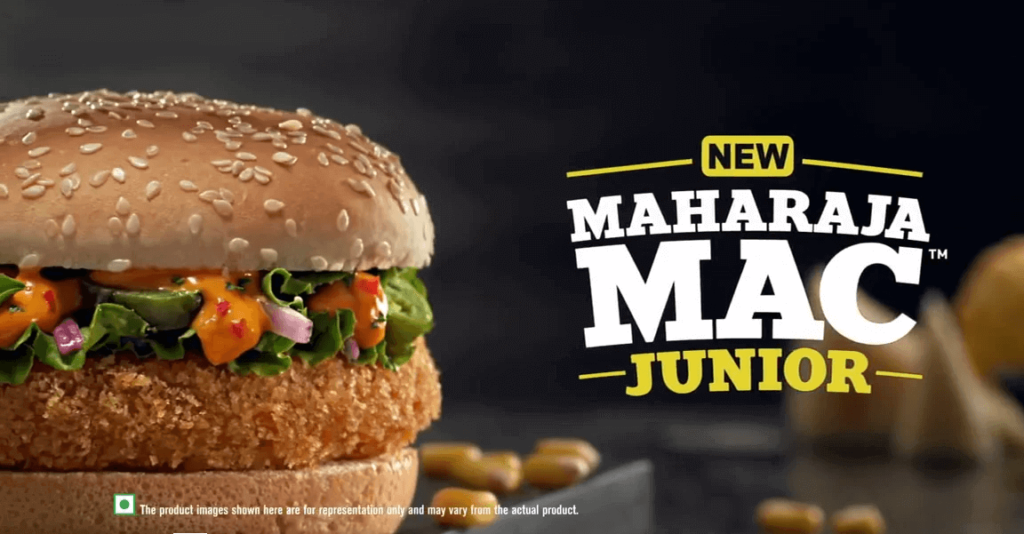 The Rubik’s Cube and McDonald’s are immensely popular in Indian cities and towns. As McDonald’s often tries to localize its marketing content, the cube proved to be a smart choice to connect with the audience. In its promotional video, a speed solver tries to solve the puzzle quickly to receive a Maharaja Mac, a large curry-flavored burger popular in India. In the same breath, a bunch of youngsters lose patience and paint the Rubik’s Cube on all six sides, instead of solving it. This symbolizes the ease with which the Maharaja Mac burger can be gobbled.

Back in 2006, when virtual reality (VR) and augmented reality (AR) was just beginning to emerge, Sony launched an ad featuring the Rubik’s Cube to promote it’s PlayStation 3. This outlandish video commercial depicts a Rubik’s Cube and a PS3 in a minimalist white-walled room. The cube starts to move on its own, solve itself, and bursts into colors.

With traffic being a worldwide problem, Citroen decided to feature the Rubik’s Cube as a metaphor for the solution it brings to urban streets. The advertisement depicts a regular traffic jam in a large city. All of a sudden, cars magically pile up into a large cube resembling the Rubik’s Cube. When the Citroen-side of the cube (in red) is solved, the traffic finally begins to move.

Bose’s QC35 headphones are popular for their acoustic perfection and their ability to block all forms of noise and auditory distractions. The product’s promotional video features Nico Rosberg, a professional driver who is part of the Mercedes AMG Petronas F1 team. In the video ad, the racer tries to solve the Rubik’s Cube while wearing Bose’s noise-canceling headphones.

Sueddeutsche Zeitung is a German newspaper that is noted for its journalistic ethics and standards. Heye & Partner in Munich launched a print ad titled “Rubik’s Cube” for the newspaper’s sub-brand “Newspaper New Image”. This campaign was unveiled in June 2008. The print ad features the Rubik’s Cube in all its glory, probably alluding to the newspaper’s role in solving complex issues. 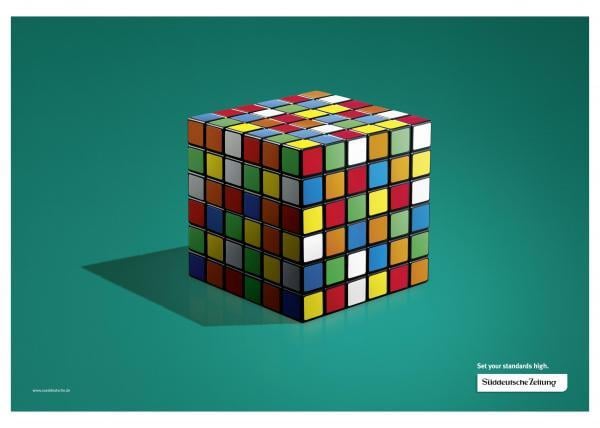 Advertisements are a great way to understand the world around us, as a lot of thinking and planning go behind creating ad films and print ads. They are based on market research, industry trends, and sociocultural fads, giving us a bird’s eye view of what matters to people. The Rubik’s Cube has been amply represented in different kinds of advertisements and promotional materials, proving its unwavering popularity across the world.