The Rubik’s Cube is amply represented in pop culture and can be found in movies, music videos, TV series, and other forms of art. Filmmakers often use the Rubik’s Cube to symbolize an idea or meaning. It has also been used as a prop or as part of the set dressing.

Some of the thoughts and feelings that the Rubik’s Cube symbolically conveys are life’s complexities, difficulties, intelligence, mystery, stylishness, elegance, and problem-solving. As a prop, it makes the character seem more intelligent and creates the impression of the character being a problem-solver. As a set dressing, it helps create an aura of ambiguity, vintage elegance, enigma, uncertainties, etc.

Note: When a character in a movie touches or holds an object, it is called a “prop”. If an object just stays in the background, and the character does not physically interact with it, it is known as a“set dressing”.

Here is a list of movies that feature the Rubik’s Cube in varying degrees of importance.

1. The Pursuit of Happyness

The Pursuit of Happyness is a biographical film about a homeless man named Chris Gardner, who becomes a stockbroker. The Rubik’s Cube appears in a number of scenes in the film, and alludes to the difficulties that Chris has to face, and how he needs to solve many of his life’s problems before achieving success. It wouldn’t be an exaggeration to say that the cube has a major role to play in this film.

The cube makes an appearance when Uncle Ben and Peter Parker are talking to each other. Ben picks up a Rubik’s Cube from Parker’s desk and tries to solve it while talking to him, finally leaving it unsolved. This probably symbolizes the enigma that surrounds Parker’s being, and how things change dramatically for him after this scene. 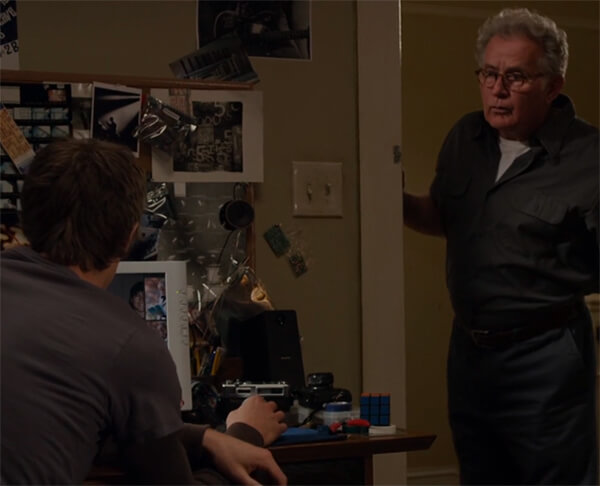 This film tells the story of two young boys from troubled families. Elias (Markus Rygaard) plays with the cube when the audience first sees him with Christian (William Jøhnk Juels Nielsen). According to director Susanne Bier, the film is about how little it takes for a person to realize that something is very unjust. The cube probably represents the complexities that the boys wade through, until the climax when their problems are eventually “solved”.

WALL-E, who used to be a cleaning robot, has the habit of picking up objects that interest him, including a Rubik’s Cube. When he meets EVE, a more advanced robot, he shows the cube to her. EVE solves the cube in an instant and returns it to him. Much later in the film, when WALL-E does not recognise EVE, she shows him the Rubik’s Cube to help him recollect shared memories. The Rubik’s Cube perhaps represents technologies that go outmoded quickly, while also alluding to problem-solving and memory skills.

This film is based on the life of Edward Snowden, a CIA contractor who leaked classified documents much to the chagrin of the US government. The Rubik’s Cube makes a number of appearances in the film, as it happens to be Snowden’s favorite puzzle. The cube symbolizes his enigmatic and complex personality. It also sheds light on illegal surveillance techniques adopted by various government bodies.

Charlie Sheen makes a brief cameo appearance in the film and throws the cube in the air before catching it. The Rubik’s Cube is used as a prop in this scene. 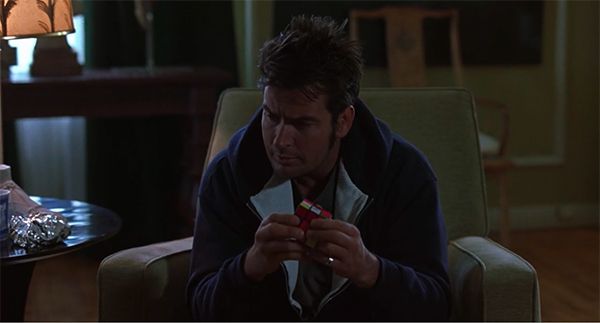 Dude, Where’s My Car? is a popular comedy that explores themes of memory loss and recklessness. In the film, the Rubik’s Cube is a shape-shifting object that Chester (Sean William Scott) has been trying to solve.

Trevor (Christian Bale) suffers from paranoia, insomnia, and confusion after a workplace accident. The audience briefly gets to see a Rubik’s Cube in the drawer.

The Rubik’s Cube appears briefly in Let Me In, a horror film. Owen, a 12 year old boy befriends Abby, a vampire. Owen is surprised that is able to solve the cube effortlessly.

A cube that resembles the Rubik’s Cube appears in Prometheus, a horror film starring Logan Marshall-Green, Charlize Theron, and others.

The Rubik’s Cube is an enduring cinematic symbol and prop

Screenwriters often use objects to convey a meaning or a group of ideas to the audience. Along with music, colour, characters, and plot, objects are a persisting form of cinematic symbolism. The Rubik’s Cube is familiar to people of all ages, and its depiction in films makes movie characters more relatable. Consequently, the cube seems to be one of the go-to objects to depict life’s complexities, ambiguous situations, problem-solving skills, and mystery in films.