2020 was a challenging year for everyone globally. The Covid-19 pandemic created a difficult situation for transportation, businesses, and social gatherings. In the cubing world, in-person competitions took a hard hit. Despite the difficult year, the cubing world had some amazing news items. The following article summarizes Rubik’s Cube News Highlights for 2021.

Erno Rubik released his book “Cubed: The Puzzle of Us All” in September of 2020. This was the first book by the inventor of the world’s most iconic puzzle. His lifetime journey of creating, discovering, and being curious has proved to be an inspiration for all audiences and created a renewed interest in the cube. 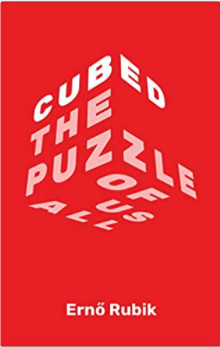 “Puzzles bring out important qualities in each of us: concentration, curiosity, a sense of play, the eagerness to discover a solution.” Rubik’s book encourages people to pursue their inner curiosity and find the puzzles that surround them in their everyday lives.

40 years after the global launch of a puzzle that Rubik originally created to help his architectural students understand design, the Rubik’s Cube is the world’s best-selling and most popular puzzle of all time. Over the last four decades, 450 million Cubes have sold everywhere across the globe. It’s estimated that one in seven of the world’s population – over one billion people – have played with a Rubik’s Cube at least once.

Over 100 million units were sold by the end of 1981. By 2020 that number has tripled, making it one of the best-selling toys of all time. Over the last decade, speedcubing has become a popular ‘sport’, and demand for cubes has spiked. Spin Master acquired the famous brand of Rubik’s Cube for $50 million. Spin Master is a Canadian toy company famous for Hatchimals, Paw Patrol, Kinetic Sand, and more. The billionaire co-founder of Spin Master Ronnen Harary is quoted saying, “Brands like Rubik’s don’t come along that often.” The acquisition was completed in January 2021. Spin Master will look to continue Rubik’s brand legacy with plans for innovation across the entire Rubik’s puzzle portfolio and expanded global distribution.

Due to travel suspension in 2020 the qualifiers and the competition took place virtually. Thanks to innovative smart connected cubes that track the users’ solves in real-time, the competitors entered the tournament from wherever they were worldwide. In order to qualify for the competition in 2020, there were digital qualifiers using new digital cubes. The officially sanctioned cube used was the Rubik’s Connected.

There were 4 digital Qualifiers starting in August through September. Participants submitted 5 daily solves to rank up in the Redbull Rubik’s Cube event leaderboard, supported via the digital apps (GoCube & Rubik’s connected). The Top 16 players were invited to online one-on-one tournaments to determine the top 3 players of the tournament who were then invited to participate in the World Finals on November 7th. It was exciting to be a part of the online real-time twitch competition.

Watching along with 33,000+ fans fostered a sense of community excitement. The competition was split into four categories- speedcubing mixed, speedcubing female, fastest hand, and rescramble. The winners of each category were Max Park, Juliette Sebastien, Philipp Weyer, and Chris Mills. Watch reruns of the 2020 finals here.

The Rise of Livestreaming

Youtube and Twitch are both mediums that cubers use to connect to other community members in real-time. Youtube live is the most accessible Livestream channel. Twitch is another option. It is a video live streaming service founded in 2007 that focuses specifically on video game live streaming. 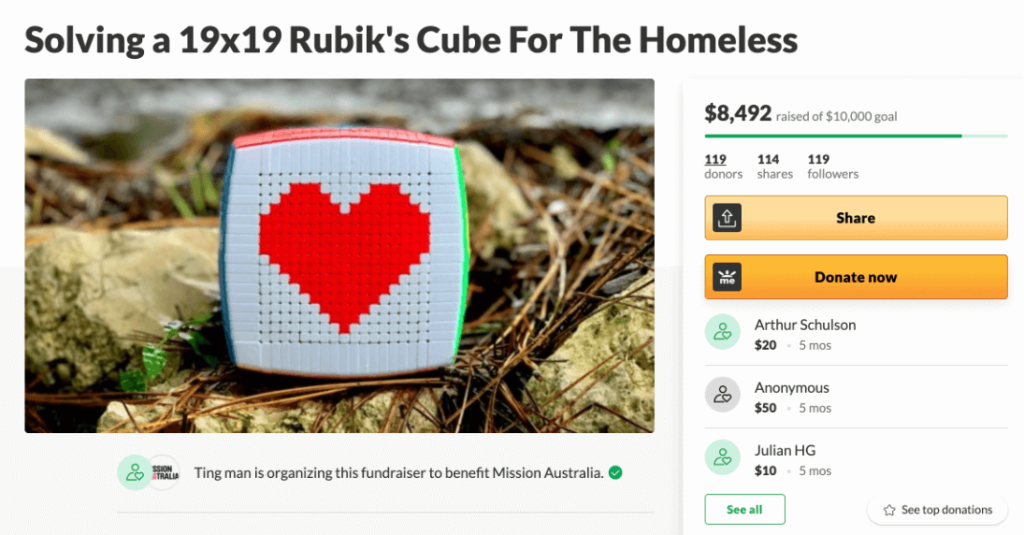 Due to social isolation, the cubing community experienced growth with both mediums during 2020. The most famous stream of 2020 was Tingman’s 19×19 solve in which he raised $8,492 for the homeless during the Livestream. Some growing cubing channels on twitch include Rubik’s Cube and CubingUSA.