The Rubik’s cube is an essential component of modern pop culture, and as a result, it is well represented in different kinds of art works. It should not come as a surprise that there are several noteworthy statues inspired by the Rubik’s cube.

Many of the sculptures are modern art installations that were initially created as temporary exhibitions. While some of them have continued to remain on display, others are no longer available.

In this article, we take a look at some of the most important Rubik’s cube statues in the world.

A Rubik’s cube sculpture was installed at Hong Kong’s Nina Mall in late March 2021. The sculpture measures 67 ft.² on each side, and stands 8 feet tall. It even holds the Guinness World Record for being the world’s largest Rubik’s cube. Although it is a sculpture, it can be mechanically rotated and solved just like a real cube. However, that is going to be quite a task as it is a very large cube. It has proved to be very popular among cubers, and continues to draw large crowds to the mall.

Tony Fisher is a celebrity of sorts, and is known in the cubing community for creating complex Rubik’s cubes. He has also created a couple of sculptures inspired by the cube. His last sculpture measures 6 feet and 7 inches on each side, and can be flipped vertically. Although it cannot be solved, the cube makes for an interesting outdoor sculpture that nods to the popularity of Erno Rubik’s twisty puzzle. Tony spent an astounding £2,000 to build his Rubik’s cube sculpture, and it won him many laurels. 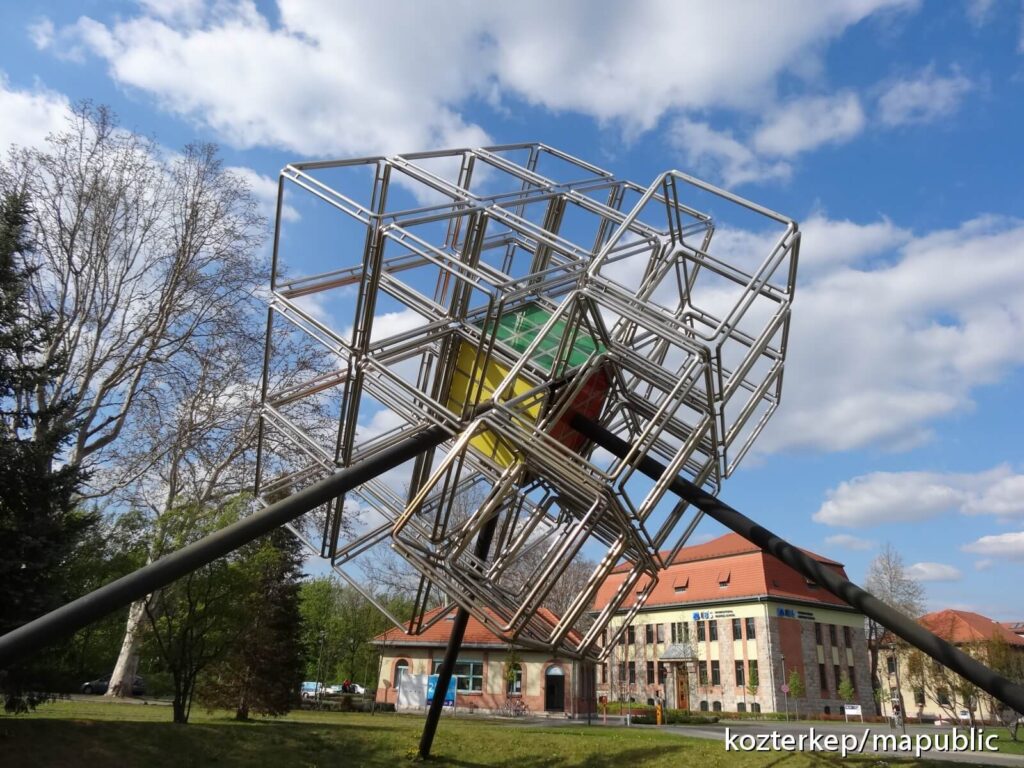 Erno Rubik had no idea his twisty puzzle would one day become an iconic symbol of modern culture. The Hungarian inventor also designed a sculpture of the cube, which was eventually created by Robert Nemeth. The statue is installed in Gázgyári Lakótelep, Budapest, and is well worth a visit. The cube looks industrial nature, and has a very steampunk-like quality to it. It sits right in the middle of a green space, and is a great work of art to admire. Budapest is also home to a beautiful Rubik’s cube mural, which can be found in the old Jewish quarter of the city.

One of the earliest contenders for being the world’s largest Rubik’s Cube was the sculpture that was installed outside the 1982 Knoxville World’s Fair. The cube measured 10 feet high and weighed a colossal 1,200 pounds. What set this sculpture apart from the rest of them was its ability to change color patterns with the help of hidden motors. Unfortunately, when the fair ended, the cube was discarded under a freeway overpass. It was again restored and repaired in 2007, before being moved indoors during the fair’s 25th anniversary. It is not clear if the sculpture is still available for public viewing.

Aluminium Rubik’s Cube Sculpture at the University of Michigan

A group of students at the University of Michigan built a humongous Rubik’s cube sculpture made from aluminium. At 680 kilograms, it is one of the heaviest sculptures dedicated to the Rubik’s cube. Despite being so heavy, it can be solved by a single person easily, thanks to immaculately arranged rollers and bearings. The sculpture is hugely popular among students and visitors to the University alike.

The Rubik’s Cube continues to inspire artists and players alike

There are various examples of sculptures that are inspired by the cube from across the world. The Rubik’s Cube’s popularity as a subject for various art forms shows that it is an enduring symbol of modern culture. While this list is not exhaustive, it contains some of the most famous Rubik’s cube sculptures.

If you would rather try your hand at solving a real Rubik’s cube, the Rubik’s Connected Cube is a great product to begin with. It can be carried around easily, and connects to a smartphone app that teaches you how to solve the cube quickly. In addition, the app provides useful statistics and helps you connect with other players worldwide.