What's the Difference Between a Speed Cube and a Rubik's Cube?

We’re all familiar with the Rubik’s Cube, a puzzle in which you match blocks of the same color on each side. However, you may have also encountered the term “speed cube”.  A speed cube is a type of Rubik’s Cube designed specifically for people who want to complete the puzzle as quickly as possible. The speed cube has a redesigned internal mechanism, allowing the puzzle pieces to move in a smoother and faster manner.

In this article, we take a look at the differences between a speed cube and a Rubik’s cube.

What is a regular Rubik’s cube?

A regular Rubik’s Cube is popular science, technology, engineering, and mathematics-based (STEMbased) toy. STEM toys not only provide educational opportunities but are also incredibly fun to play with. The Rubik’s cube is an enjoyable STEM puzzle that improves reflexes, memory, problem-solving skills, concentration, and patience. These skills prove handy in day-to-day life. A basic cube has six faces, and nine tiles on each side. The goal is to unscramble the cube by twisting the cube until each face is one color.

What is a speed cube then?

Speed cubes are specifically designed for people who want to complete the Rubik’s cube as quickly as possible. Many people who use speed cubes compete in speedcubing. Speedcubing is a sport in which competitors compete to solve the Rubik’s Cube in the shortest possible time. These puzzles vary in size, ranging from 2x2x2 all the way up to 7x7x7.

Speedcubing competitors require extremely good hand-eye coordination and reaction times. When competing in these competitions, the use of a speed cube proves much more convenient than a regular Rubik’s Cube.

Note: Those who do not wish to complete the cube as quickly as possible may not enjoy the speed cube as it will feel very loose to them due to the internal mechanism.

Who Is the Rubik’s Cube Appropriate For?

The Rubik’s cube has multiple cognitive benefits and can be used by children from the age of three and up. Children who actively play with STEM toys such as the Rubik’s cube have displayed improved mental ability due to their minds’ constant stimulation. This can lead to improved performance in school as well as an overall improvement in their mental capacity.

Though these benefits have been observed in children, the results are very similar among adults too. The Rubik’s cube provides an entertaining way to improve your mental abilities, prevent cognitive deterioration, improve your intelligence and mathematical reasoning, and have a good time in the process. 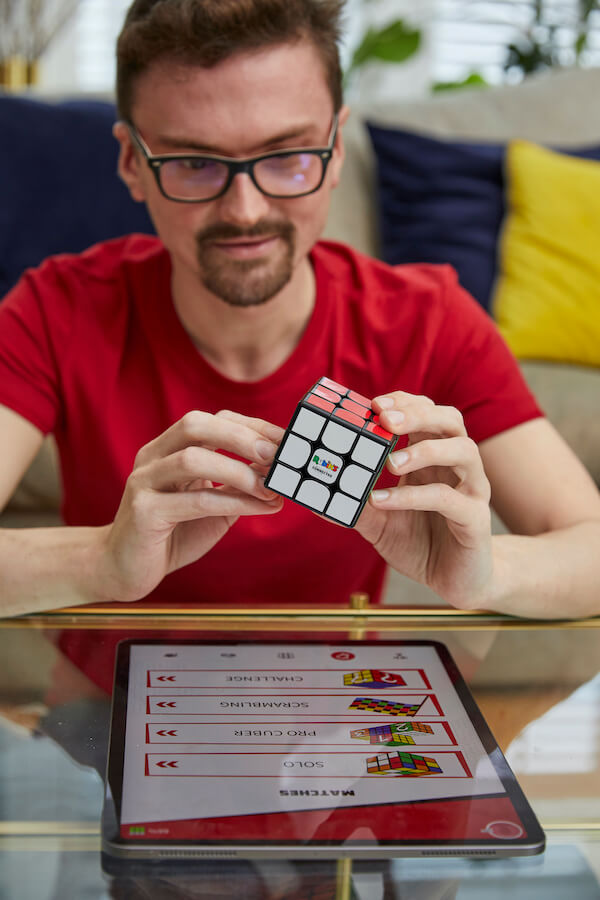 Who should buy the speed cube?

Although it is similar to the mainstream Rubik’s cube, it is meant for people who want to solve the cube at record speed. It is appropriate if you want to challenge others to solve as quickly as you or take part in competitions. The speed cube twists and turns differently, and is more of a test of your cognitive, mathematical, and finger-dexterity skills. Get a speed cube once you master solving a basic Rubik’s cube.

Wondering if you can get better at both the old-fashioned Rubik’s cube and a speed cube? Well, what you need is a Smart Cube.

What Is a Smart Cube?

The smart cube is a Rubik’s Cube that connects to a cell phone or tablet. This opens the door to a more interactive way of learning to solve the cube, as well as being able to compete with people from all over the world to see who can complete the puzzle in the fastest time. It is at the intersection of the good old Rubik’s cube and a speed cube.

By connecting the cube to your phone, you can track just how long it takes you to complete the puzzle. You can also learn how to improve and solve the puzzle more efficiently. The Rubiks Connected is a fine example of this technology. 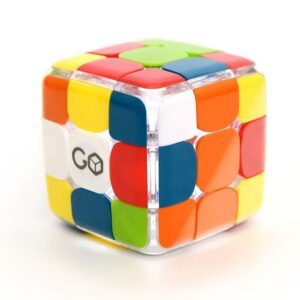 Which is the best choice?