The Rubik’s Cube in Art

The Rubik’s Cube is not just a 3D puzzle, but an iconic symbol of contemporary times. It has inspired many people to create art that has transcended media and platforms. From comic books and manga to street art, music, film, and painting, the Rubik’s Cube has inspired generations of artists to represent various ideas and concepts. As an acknowledgment to its role in the world of art, the New York Museum of Modern Art even installed a permanent exhibit dedicated to the Rubik’s Cube.

The Rubik’s cube and modern art

In 2005, a street artist who goes by the name of “Space Invader” exhibited Rubik’s Cube-inspired art at the Six Space studio in Los Angeles. Before this exhibition, the artist had famously recreated giant Space Invaders and Mona Lisa with the help of the cubes. Similarly, authorities in Budapest, Hungary, commissioned NeoPaint Works to brighten up one of the buildings in the old Jewish Quarter. The result was a colorful wall mural of the Rubik’s cube.

Other street artists who have toyed with Rubik’s Cubism include Robbie Mackinnon of Canada, who was featured by Ripley’s Believe It or Not. Pete Fecteau’s “Dream Big” is a notable piece of RubikCubist art, which pays homage to Martin Luther King Jr.

These examples prove that the Rubik’s Cube is an integral part of contemporary art. 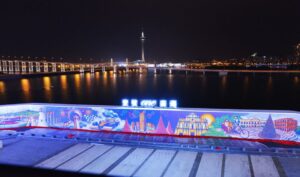 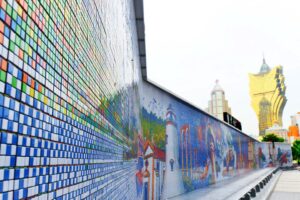 The Rubik’s Cube in film and TV

The cube has appeared on the TV and in film innumerable times. ABC Network used to air a half-hour series every Saturday morning back in the 1980s about a magical Rubik’s cube which could fly. In addition, a number of films and documentaries have featured the Rubik’s cube or its players over the years. Recently, Netflix aired a documentary called “The Speed Cubers” which features Feliks Zemdegs and Max park. These two speedcubers are known for their friendship, and unmatched cube solving skills.

Another notable mention is Solved, which is a 2016 horror film. In this film, Rowe Hessler, a world champion, enacts the role of someone who is obsessed with the Rubik’s cube. There are dozens of other films and documentaries that are directly inspired by or at least make references to the Rubik’s Cube.

The Rubik’s Cube in other forms of art

There are different kinds of Rubik’s Cube-inspired art out there. This includes tattoos, customized t-shirts, sculptures, and even satire. Multiple anime and manga titles make references to the cube as well, underlining the importance of this puzzle in pop culture. Last but not the least, one cannot forget the importance of the Rubik’s Cube in the field of video games, and gaming as an art form itself. 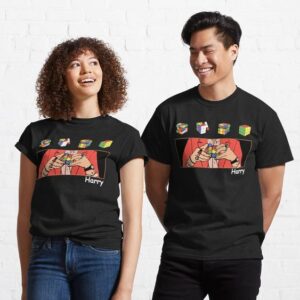 The Rubik’s Cube inspires one to be creative

The Rubik’s cube is an innocuous-looking puzzle that was initially conceived as a toy but has become immensely popular across the world in a span of four decades. To solve the puzzle, one needs creativity, problem-solving, and pattern recognition; these skills are important for artists as well. As a result, a number of artists across the world have found the Rubik’s Cube to be an important source of creativity for producing enduring works of art.