Who is Erno Rubik?

Erno Rubik (born in 1944 Hungary), is an inventor, architect, and professor of architecture that is famous for inventing the Rubik’s Cube. Hungarians put the surname before the given name, therefore his exact name is Rubik Ernő. Rubik was born during World War II to Ernő Rubik Sr. and Magdolna Szántó. His father was a flight engineer and his mother was a poet. He attributes his inspiration for creating the cube to his father.

Rubik studied sculpting at the Technical University and architecture at the Academy of Applied Arts and Design, both in Budapest. He worked as an architect between 1971 and 1975 while working as a  professor of architecture at the Budapest College of Applied Arts from 1971 to 1979. One of his hobbies while a professor at the academy, was building geometric models. He came up with the idea for the Rubik’s Cube in 1974 while brainstorming ways to teach his students how to think with three dimensions. Once he came up with his first prototype, it took a month to solve. The students loved the concept, so he decided to patent the cube and market it. 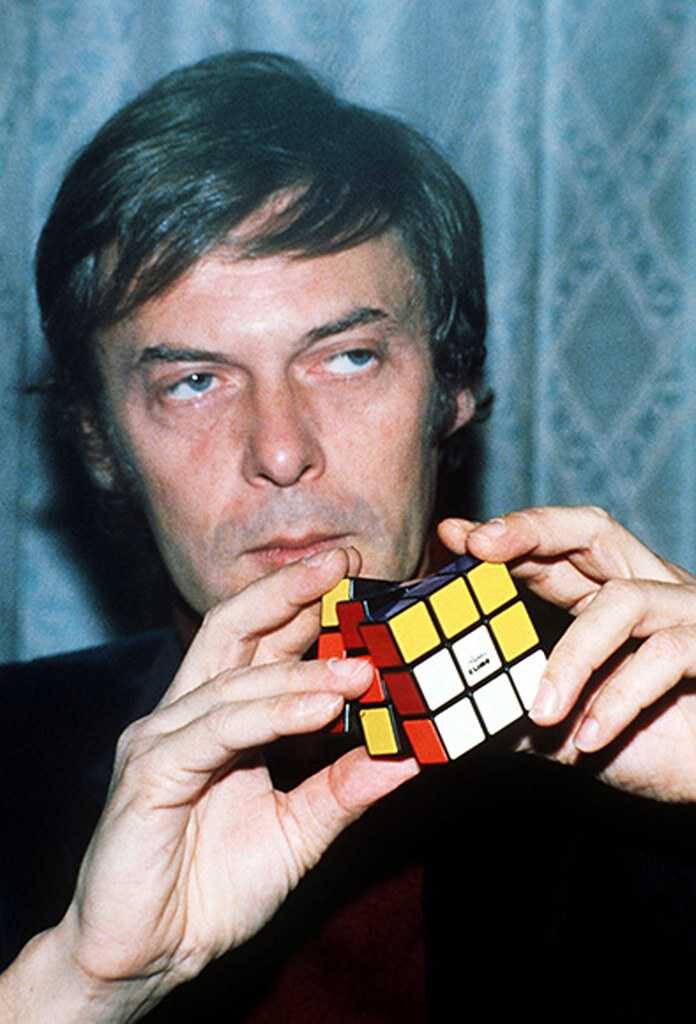 Rubik applied for a patent in 1975 and received a patent in 1977 for the “Magic Cube”. The cube finally made it out to Budapest toy shops in 1977. This version was durable and could not be easily broken. The “Iron curtain” that separated the Soviet Union from the rest of the world created a hurdle for worldwide distribution. In 1979 Rubik signed a worldwide distribution deal with Ideal Toys. Sales started a bit slow, however, Ideal ran a television advertising campaign in the mid-1980s. By the end of 1980, the Rubik’s Cube won a slew of awards including the German Game of the Year special award and the UK Toy of the Year award. Over 100 million units were sold by the end of 1981. By today that number has tripled, making it one of the best-selling toys of all time, and Rubik the first self-made millionaire in the Soviet block.

In the early 1980s, Rubik became editor of puzzle publication “És játék”. Following his cube’s popularity, he founded Rubik Studio, a design studio specializing in furniture and games. Some other products they developed were the Rubik’s Magic and the Rubik’s Snake. He received tenureship at the Budapest College of Applied Arts as a Professor of Architecture in 1987.

Today Rubik Studio specializes in video game development and developing theories on geometric structures. He has also established a foundation to help gifted inventors in Hungary.

“If you are curious, you’ll find the puzzles around you. If you are determined, you will solve them.” – Erno Rubik