Who Is Max Park?

Max Park is a Korean-American speedcubing champion, who has been a role model for many people. He was diagnosed with autism when he was just two years old, and holds multiple world records for solving different Rubik’s cubes quickly.

According to the World Cube Association, Max held the record of five 3x3x3 solves in just 6.39 seconds, in 2017. He currently holds the number one ranking for the fastest average 4x4x4 solve in just 21.11 seconds. He holds the #1 spot for both single and average solves of 5x5x5, 6x6x6, and 7x7x7 events. In addition, Max is the world champion for single and average solves of single handed 3x3x3 event, in just 6.82 and 9.42 seconds respectively

Initially, Park started to solve the Rubik’s cube when he was 5 years old to improve his fine motor skills. Today, he has come a long way and is an inspiration to many people. In this article, we take a quick look at his life and achievements.

When Park was 2 years old, he was diagnosed with moderate to severe autism. People with moderate to severe autism often require the assistance of caregivers to carry out even their most basic activities. Park’s doctors felt his condition would be something similar. What they didn’t realize was, some people with autism do improve with time, especially when adequate attention is provided. For Max, that assistance came in the form of Rubik’s cube. As he began to solve the cube, his social and fine motor skills improved considerably.

It is important to note that those with autism often experience difficulties making eye contact with others, and engage in stereotypical behaviors. He regularly engaged in “cube workouts” to not only improve his fine motor skills, but also to maintain eye contact, understand communication and social contexts, and comprehend non-verbal cues.

All through his life, cubing helped Max not only to reduce the intensity of his symptoms but also become more self-reliant and confident. 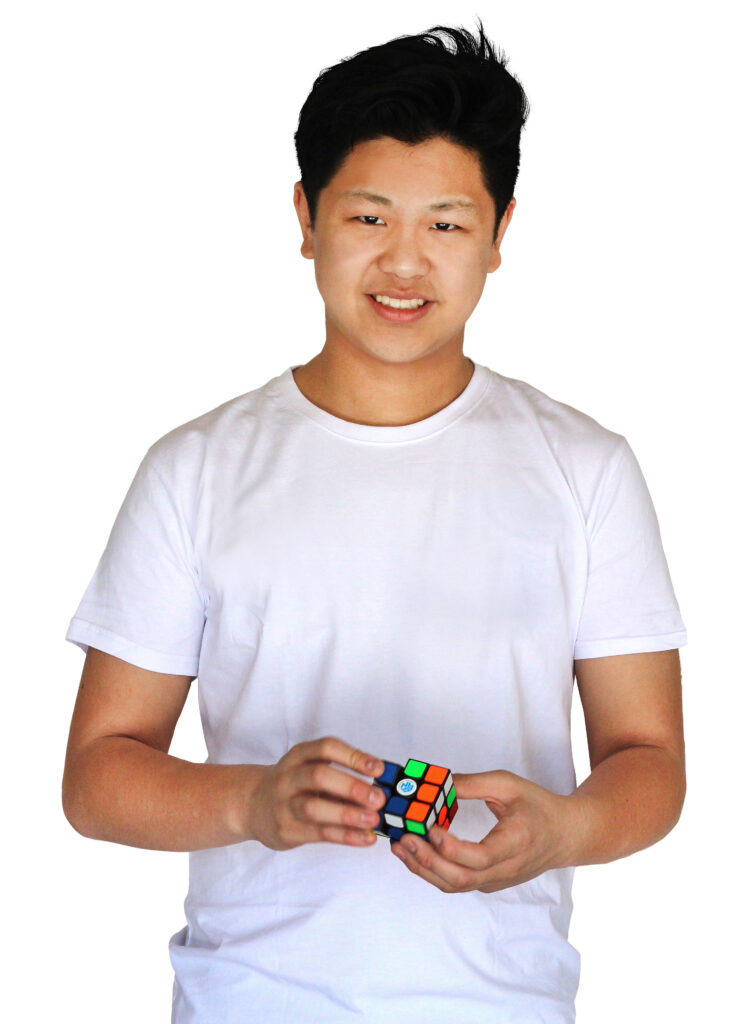 Max started to achieve very early in life. Here are some of his achievements:

Max Park is a role model for neuro-diverse people

Psychologists have noted that people with autism can be excellent in maths, music, sports, and even computer skills. What makes Max Park’s story special is his grit and resilience to overcoming a diagnosis of autism. Not only did he use Rubik’s cube to reduce the intensity of his symptoms, but also ended up becoming a world champion. People with autistic spectrum disorders often have unique talents that set them apart. Helping them to identify these skills will not only improve their self-esteem, but also improve basic life skills.

When Max Park broke Australian champion Feliks Zemdegs’ world record average of five 3x3x3 solves, neither knew they would become friends. In fact, Netflix documentary “The Speedcubers” is based on their lives, and how they became friends and continue to play at tournaments as rivals. From being a socially withdrawn child to becoming a famous celebrity, Max Park truly has walked a long journey.

Max Park is a role model to everyone

The story of Max Park is remarkable as it serves as an inspiration to many neuro-diverse individuals. In addition, he is also a role model for children and adults alike and is proof that it is possible to achieve your dreams. Max is a Rubik’s cube champion whose talents have garnered him celebrity status. Even to this day, he continues to retain multiple #1 spots in Rubik’s cube events.